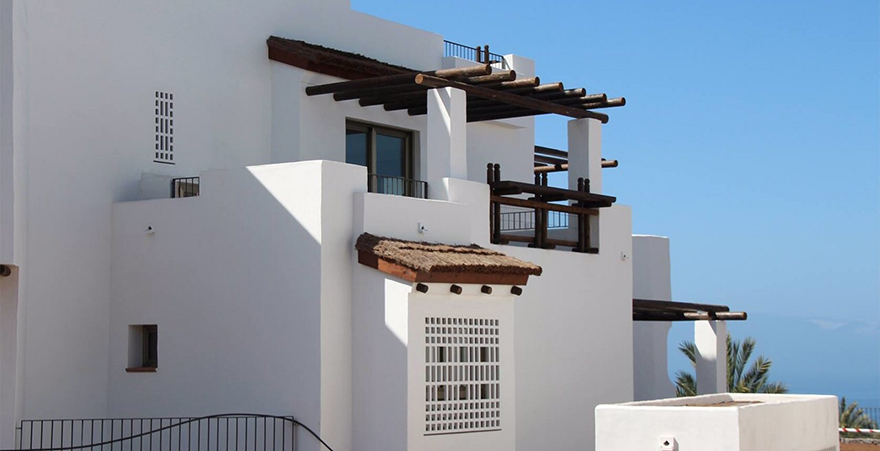 Latticework  as an architectural element  has existed since Ancient Egypt. So, it is not a surprise, that we can see examples of its uses in a lot of historical and modern buildings.

The Royal Spanish Academy (RAE) defines latticework as “panels for partial protection from view, lighting and ventilation”.  A tool that offers multiple solutions and that is capable of transforming a space completely.

A change that is not only visual and decorative, but also functional. At  Glassydur  we fully understand the benefits they provide. Did you know that you can produce  precast concrete latticeworks?

In this article, we will explain everything about this extremely versatile architectural element.

A DECORATIVE ELEMENT THAT HAS EXISTED SINCE ANCIENT EGYPT

The latticework  located in the Karnak Temple, the largest in Egypt, is the first recorded example. That is, it is a decorative element that has been around since Ancient Egypt.

A very significant fact that allows us to understand why latticework is present in totally different cultures.

Following the Egyptians, the Greeks were next to incorporate them into their architecture and engineering. Around that time, the structures they built were exclusively made of wood.

The Romans and the Arabs also adopted latticework to decorate everything from parks to castles. In Spain, we have examples of great beauty throughout the Andalusian Region.

Did you know that the Eiffel Tower became the tallest building thanks to the wrought iron latticework that makes up the structure?

And what was used in the 16th century in comedy theatres to provide privacy and separate social classes?

The latticework  as a design and construction element  has been part of architecture since ancient times.

Traditionally they were made of wood, but now they can be produced using many other materials: plastic or PVC, wicker, metal and, obviously, precast concrete.

Using one material or another will depend mainly on the intended use. Some, like wood and wicker are ideal for creating spaces with a rustic style.

They can be used to divide spaces indoors or outdoors. However, a strict maintenance is required for their perfect conservation.

Others, such as metal and plastic, do not require much care, but they are less eye-catching if you want to use them as a decorative element. For this reason, precast concrete latticework  is the one that offers the most performance thanks to the versatility of the material itself.

The range of possibilities in terms of texture, color and shape is very wide.

At Glassydur  we have a catalog designed to offer constructive solutions to very different projects. We produce everything from infrastructure and cladding to decorative elements such as precast concrete latticework.

THE LATTICEWORK AS PROTAGONISTS

The latticework  is like a second skin that protects and gives personality to the buildings. Wherever they are placed, they attract attention and become protagonists.

Thanks to its evolution throughout history, architectural trends and styles by design in every region of the world have had as many variations as you can imagine.

Equally diverse are its uses. Broadly speaking, they are ideal as facing, cladding of structures and decorative elements on facades and indoors.

The main functions of the latticework are to decorate and provide privacy. So, we could say that there are two main types that differ according to the place where they are going to be used. That is, whether they are for indoor or outdoor use.

In the first case, they are used to separate rooms according to use or activity, to play with the lighting in a room creating unique designs or as an original decorative piece.

In the second case, they can be used as sunshades to provide shade to vertical spaces, decorate building views or protect facades from weather effects. Also, it is used to create green spaces and provide privacy.

3 EXAMPLES OF HOW LATTICEWORK CAN TRANSFORM SPACES

At the Iberostar Selection Sábila Hotel in the south of the island of Tenerife, the latticework was used as a decorative element at the entrance to the complex.

Made of Glassydur, they were carefully placed to harmoniously divide the interior from the exterior without losing the connection between two spaces. 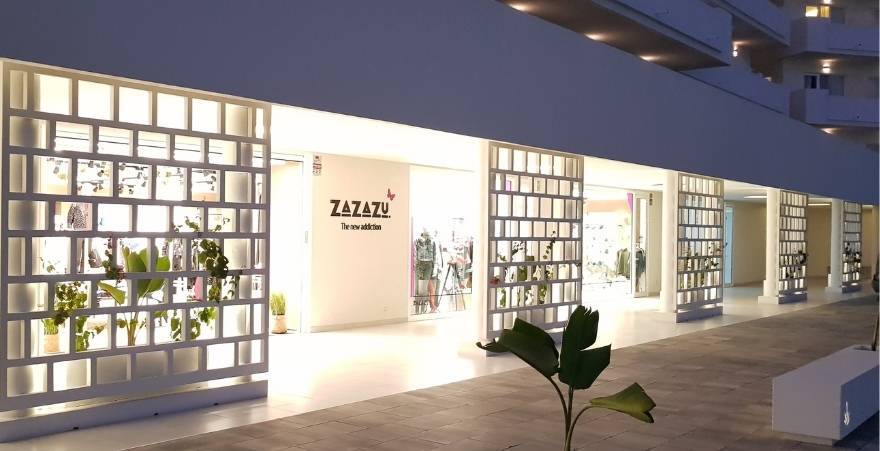 In this other sucess story of the GF Victoria Hotel,  its integrated use helped to provide privacy to a leisure area without sacrificing an elegant design. An appealing and very original alternative that completely changes the appearance of the top floor of a building, turning it into a space within the structure.

A demonstration of how sustainable spaces can be created with high performance construction solutions such as precast concrete latticework. 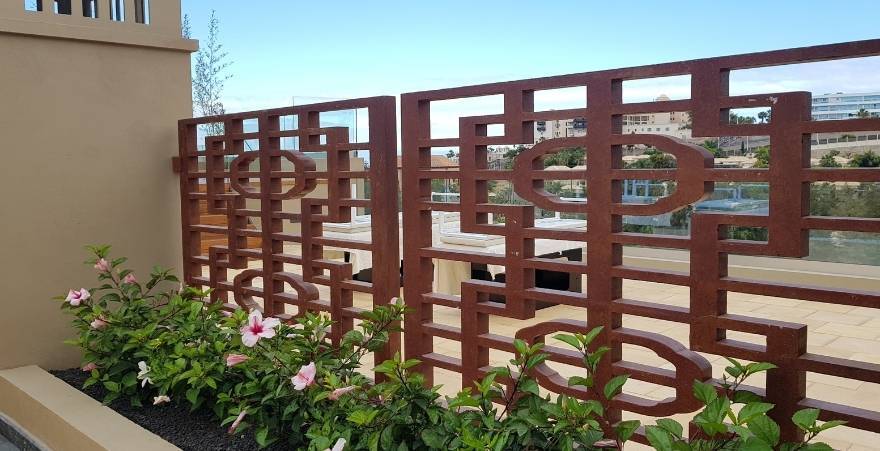 Carrying on with this intention of creating private and open spaces, in the H10 Hotel Playa the precast concrete latticework  was used to divide the whole exterior area into different sections. This way, the solarium could be enjoyed privately. 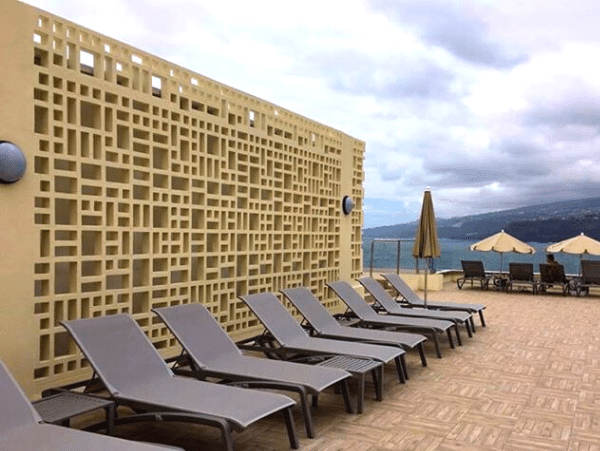 It should be noted that, all these examples of outdoor latticework  are also suitable for indoor use.

At Glassydur  we have been able to work on several projects of this nature thanks to the development of precast concrete latticework. Another example of the versatility of this revolutionary material.