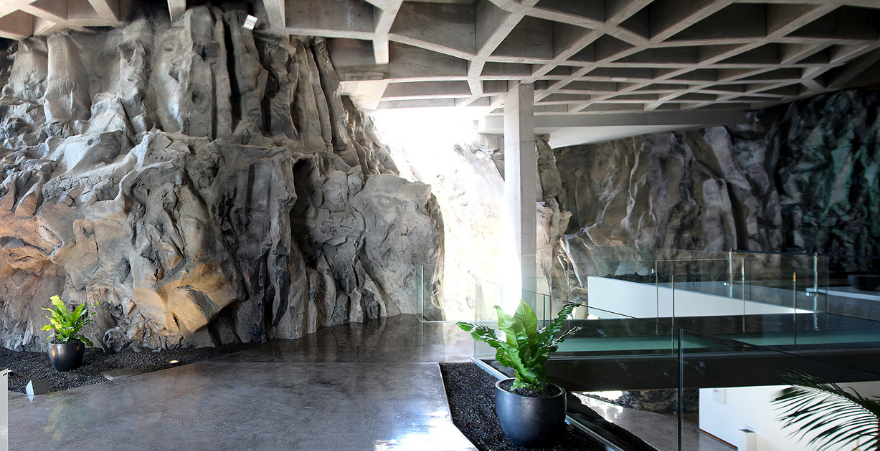 In modern architecture, the construction of majestic buildings of precast concrete  is a growing trend. Designs and shapes that until now only existed in the imagination of architects become reality thanks to its versatility.

The conception and use of concrete has now been buried by its constant innovations and current performance. A fact that has sparked interest among industry professionals around the world for this material. As a result, it is becoming increasingly common to find infrastructures built entirely of concrete.

Engraving images on facades, combining the traditional with the modern or recreating natural shapes are some of its significant applications.

In this article, we present you  5 majestic buildings made of precast concrete

Among the new applications that enable prefabricated elements, graphic concrete  is one of its most striking forms.

Engraving photographs or texts on concrete as if it were paper is now possible. Using this technique for the design of facades has revolutionized the sector.

The most prominent example can be found at the Eberswalde Senior Technical School. In this German town near Berlin, architects Herzog  & De Meuron  used graphic concrete to create a unique facade.

In 1993, they began to work on this project with the aim of transferring the knowledge that lived inside to the outside. The images selected were made under the discretion of the artist Thomas Ruff. For engraving, falsework was used to replace the ink and thus lithograph the precast concrete.

They were also applied in horizontal glass strips, placed flush with the concrete, to give a homogeneous appearance. To create an opposite effect during the night, the transparent parts were illuminated, leaving the solid parts without light.

The final result leaves nobody indifferent. An example of how majestic buildings can be built of precast concrete

Integrating a traditional architectural style into a modern project is a growing trend thanks to the Smart Cities.

Inspired by the traditional constructions of Iran, the architectural office, NextOffice, designed Mashhad CEO Headquarter. An example of how it is possible to unite two opposite sides in an elegant and avant-garde project with the use of concrete.

A 14,200 square meter mega infrastructure with a pronounced structural void designed to attract passers-by to the inside. More than an aesthetic element, it is used to define the entrance in an ingenious way.

It houses an amphitheater and public spaces and gathering areas between the lower levels, close to the urban space itself. The goal? To be a meeting and communication point for the engineers of the country.

The careful combination of textures and shapes made possible by the use of precast concrete is what makes it a majestic building.

In Kyoto, the architectural office EASTERN changed the way of building a collective housing. Inspired by the city’s own natural features and Japan’s architecture, they designed Villa Saitan.

A sustainable project built with precast concrete with holes that imitate the characteristic shapes and textures of the vegetation of the location. Leaves, bulbs, roots and trunks are part of the infrastructure itself under a unique minimalist concept. In fact, the building is built to be perceived as a large house, not as a collective dwelling.

The play of lights that is created through the facade, contributes to the harmonious perception between the interior and the exterior. A demonstration of how concrete can be molded to create strong, sustainable and conceptually wonderful buildings.

Defying the laws of nature is one of the most common practices which is made possible thanks to precast concrete. In the city of Mumbai, India, designer James Law shaped the most challenging project of Wadhwa Developers: to create an office like no other.

Cybertecture Egg combines architecture, technology, creativity and sustainability. And the result? Being one of the majestic buildings of precast concrete in our list.  More than 30 thousand square meters in which we can find offices, green spaces and living areas. A smart building with 13 floors that combines the most advanced technology with precast concrete and steel elements.

The project also features sky gardens, photovoltaic farms, smart glass technology, or a water recycling system. The rigidity of the external infrastructure made of precast concrete has made it possible to eliminate columns inside. This gives the building a feeling of spaciousness.

At this point we can say that precast concrete can make any idea come true, even that of building a natural cave. At the Hotel Royal Hideaway Corales Resort  located on the island of Tenerife, the Leonardo Omar arquitectos  office designed this majestic hotel with a natural cave as a part its facilities.

In order to build the cave, a material was needed that would reproduce the natural beauty of the stone present in the place. In addition, it had to endow the cave with impermeable and highly resistant properties that would offer security and perpetuity of the structure.

At first glance, it may seem like a crazy or difficult idea to implement. However, thanks to the versatility of the precast concrete slabs, Glassydur Rocalla was able to become a reality.

The choice of this cladding made it possible to continue with the same style, shape and texture as that of natural stone. As a result, it was possible to achieve homogeneity between the precast material,  Glassydur, and the natural stone.

The final result has been a reliable and deserving recreation of this ranking over 5 majestic buildings made of precast concrete.